Skip to content
Thursdays at 7pm & 10pm on TVW.

Providing an in-depth look at the work taking place in and around Washington state’s Capitol.

Inside Olympia — Health Insurance, State of the State Economy

Inside Olympia — Is a New Airport in Washington’s Future? Since 2008, Austin has hosted Inside Olympia, the state’s longest-running public affairs program. Known as “tough, but fair,” Austin seeks to explore and make sense of the public policy debates, issues of our time and challenges facing the state.

When he’s not hosting Inside Olympia, Austin is a staff writer for Washington, D.C.-based Pluribus News, covering emerging trends in state legislatures nationally. Austin’s beat is transportation, infrastructure and disruption.

Previously, Austin spent nearly 19 years as public radio’s “guy in Olympia” covering state government, public policy and politics for a consortium of NPR stations in the Northwest. Prior to that, Austin was a television reporter in Seattle, Portland, Boise and elsewhere. Austin is a graduate of Connecticut College and the Communication Leadership graduate program at the University of Washington.

Austin resides in Olympia with his family.

Hosted by NPR’s veteran award-winning journalist, Austin Jenkins, Inside Olympia provides an in-depth look at the work taking place in and around Washington state’s Capitol. From the governor to state legislators, statewide elected officials and agency leaders, Inside Olympia brings you unedited conversations with the policy leaders making decisions about the future of Washington.

Inside Olympia premieres Thursdays at 7pm & 10pm and repeats throughout the week. Also airs on KBTC-Tacoma, KSPS-Spokane, KWSU-Pullman and KTNW-TriCities.

The show is on hiatus during July and August.

Send us your comments, questions and suggestions.

Inside Olympia — Health Insurance, State of the State Economy 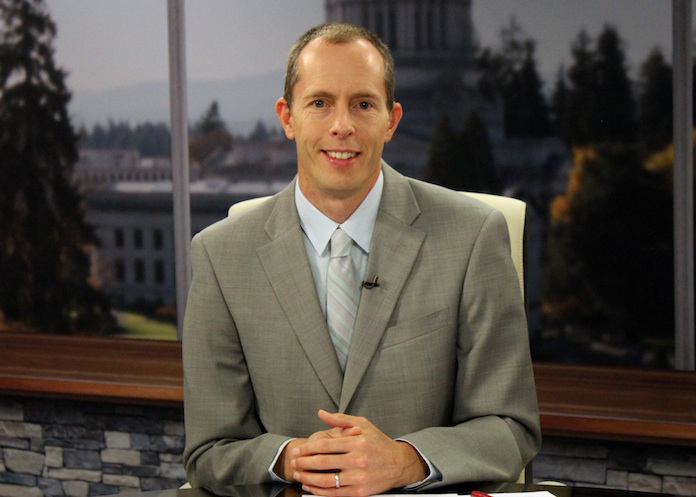 The Impact – Tenth Anniversary of Legalization Vote on I-502 The Impact – Alternative Voting Systems on the Ballot Inside Olympia — The Future of Aviation in Washington — Does It Include a New Airport?

The Impact – Midterm Election Trends, Most Competitive Races, and the Problem with Polling in 2022